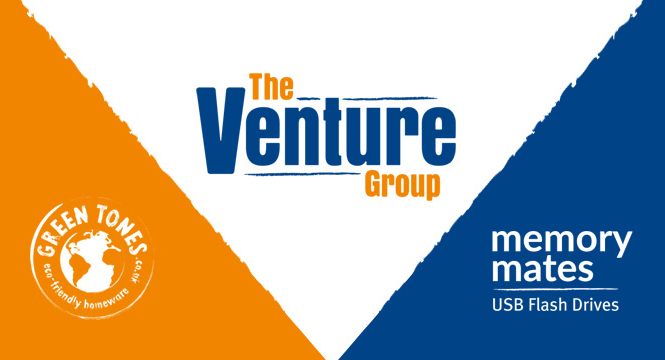 Green Tones has a new home.

The supplier of recycled bamboo fibre homeware and plant pots has been consolidated into The Venture Group, alongside its sister company Memory Mates.

As this is only an administrative change, there will be no impact on the day to day operation of the business. Customers can expect the same high levels of service from an unchanged team.

Green Tones and Memory Mates were established by the same owner/managers six and none years ago respectively. The logical decision to consolidate them into a group finally came with the team now looking to move into other product areas.

Whilst bamboo fibre homeware and the USB Flash Drives supplied by Memory Mates seem odd bedfellows, they are both high quality and fast moving consumer goods that lend themselves to internet retail.

A shared ethos of outstanding customer service, rapid despatch and excellent stock levels will now be continued through The Venture Group, which will also undertake joint marketing initiatives.

The Venture Group will operate from a new warehouse/office in East Sussex.

Green Tones - In 2014, Green Tones became one of the first importers of Bamboo Fibre to the UK. It has since supplied eco-friendly homeware, including plant pots and tableware, to a large number of respected clients, including the RHS and the Eden project. The business has recently returned to direct distribution of its products.

The Venture Group Ltd - Proud new owners of Memory Mates and Green Tones. Will also distribute other fast moving consumer goods through its own channels and on behalf of clients looking to move products quickl